The wind and thermal shield (WTS)

A protection against wind and temperature

Seismometers are so sensitive that they should ideally be located in very quiet locations. On Earth, they are often placed underground in places such as abandoned mineshafts. Temperatures are astonishingly stable in such places and there is almost complete silence. Any disturbances related to atmospheric activity such as wind are automatically eliminated. 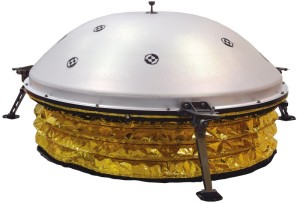 It will not be possible on Mars to dig a hole and bury the seismometer, even if the robotic arm had a bucket and could act as a mini-digger.

Engineers at the Jet Propulsion Laboratory have therefore developed a protective dome to be lowered onto the seismometer once it is on the ground. Under its high-tech shield, SEIS will be well protected against the very marked temperature contrasts between night and day that exist on Mars. Gusts of wind will also be greatly reduced.

The WTS consists of an aerodynamically shaped aluminium cover with a honeycomb structure to which is attached a gold-coated thermal skirt. The whole assembly rests on three legs which will deploy automatically once the robotic arm lifts the dome off the lander's platform. It will be brought to above the seismometer (previously deployed on the ground) before being slowly lowered. 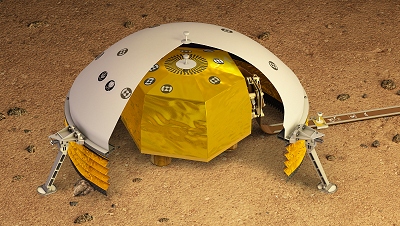 Artist concept showing the protective role of the WTS at the martian surface (© IPGP/David Ducros).

The extendable skirt is bordered around its circumference by a kind of chain-mail, not unlike that worn as armour by mediaeval knights. Its weight alone allows the skirt to descend. Its platelet structure also confers a second advantage, namely its ability to effectively cover obstacles such as pebbles, enveloping their surfaces and hence sealing off the WTS.

The dome measures 69 cm in diameter (35 cm high) and has a mass of 9.5 kg, which is greater than that of the seismometer it is protecting. Ideally it should cover the seismometer (which is 36 cm along its major axis) as symmetrically as possible and without touching it. There should be a space of at least 6 cm between the instrument and the WTS.

Despite the great care taken in its design, it is not impossible that violent gusts of wind or a dust devil might dislodge or even lift the dome, causing it to fly away. The shield has nonetheless been developed to withstand squalls of 60 m/s and should even be able to survive winds of 100 m/s.

The WTS has been developed by NASA's Jet Propulsion Laboratory. Its effectiveness has been tested in the field using a prototype first in the Piton de la Fournaise crater on Reunion Island, and then in California's Mojave desert. 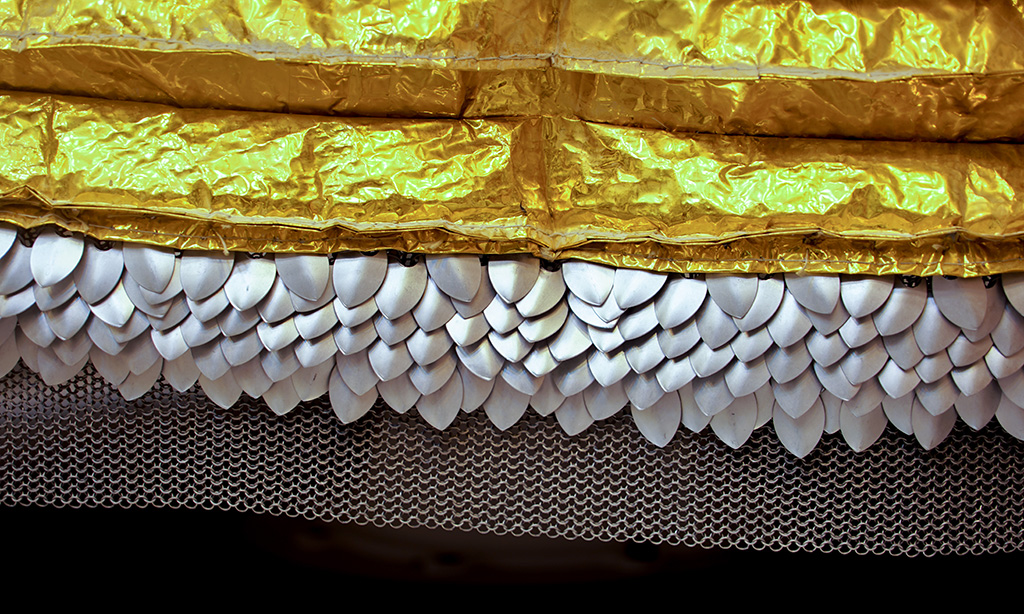 The extendable skirt of the Winds and Thermal Shield (WTS), with the chain mail at the bottom (© NASA/JPL-Caltech/IPGP/Philippe Labrot).