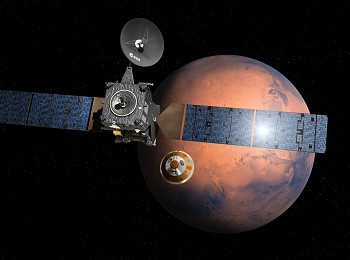 At the start of the 21st century, the European Space Agency (ESA) initiated a very ambitious programme to explore the solar system, carried out first by automated probes and then, in the longer term, by humans.

The Red Planet plays a major role in this project, being the target of several missions under an umbrella programme known as Aurora. The dawning of this new programme underlined ESA’s overriding motivation to seek signs of life on Mars, whether living or fossilized, before embarking on a mission to return samples to Earth, and ending up with the final stage of putting people on the Red Planet.

As the years have gone by, ESA has been forced to gradually lower its expectations, the Aurora programme constantly coming up against budgetary constraints and technical hurdles that require frequent revisions.

In the still uncharted domain of Martian planetary seismology, one option in particular still excited geophysicists. The idea was to deploy on Mars a network of small modules similar to the Beagle 2 capsule, jettisoned towards Mars in 2003 by the first ESA mission to Mars, Mars Express. Sadly, Beagle 2 never reached the planet’s surface. Each module of the BeagleNet mission was planned to include a seismometer inherited from that on board the NetLander modules.

In the end, the ExoMARS mission was given priority. Though oriented more towards exobiology investigations, it did not, however, ignore other disciplines such as seismology.

It was in this context that geophysicists proposed to provide a lander module with a full array of geophysical instruments. Expected to operate for at least two years, the ground station would be launched from space by a satellite designed to closely study the Martian atmosphere while orbiting around the planet. The launch was scheduled for 2013 on board an Ariane 5 launcher, enabling planetary scientists to finally achieve their old dream of putting a seismometer on Mars.

Humboldt, a suite of 11 instruments

Previously known as the Geophysical and Environmental Payload (GEP), the static Humboldt package comprised 11 instruments: besides the seismometer (which we shall mention in a moment), there was also a device for measuring heat flux (inherited from Beagle 2 and very similar to InSight's HP3 instrument), a magnetometer, a complete weather station (measuring temperature, pressure, wind and humidity) and a geodesic experiment using a radio telecommunications system.

This payload, identical to that on the InSight mission, also contained sensors to measure radiation and ultraviolet rays, dust detectors, an instrument to measure the electrical charge of the atmosphere, and finally a ground-penetrating radar to study the subsurface. 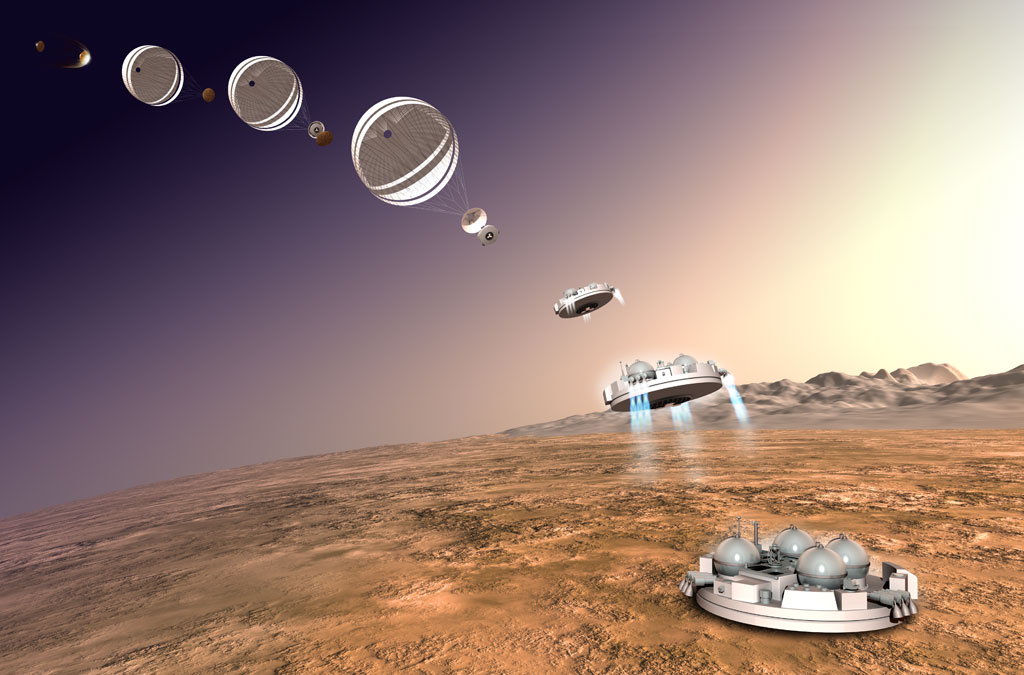 Already known as SEIS at the time, the ExoMARS seismometer benefited from the work carried out by the teams at the Institut de Physique du Globe de Paris on the NetLander mission, and even before then on the Mars 96 mission.

It consisted of 2 very broad band (VBB) oblique inverted pendulums in an evacuated sphere, similar to those on the InSight probe. A short-period broad band microsensor stood in for the third axis to form a hybrid 3-axis system (2 VBB axes and 1 SP axis).

With a mass of 2.2 kg, this seismometer had a locking system to protect against violent jolts during lift-off and landing. 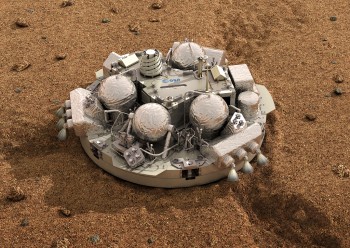 As far as ESA was concerned, the ExoMARS roadmap was becoming more and more difficult to follow, and it became necessary to clip the project’s wings. In 2009, at the Preliminary Design Review (PDR) that concluded phase B, the ExoMARS mission was postponed until 2016, and the Humboldt payload was abandoned for technical (mass) and budgetary reasons.

The vast array of instruments planned at the start was whittled down to just one small meteorological station, together with a sensor for measuring the electric charge of the Martian atmosphere. These 2 devices were placed on board a small capsule called Schiaparelli (in honour of the great Italian astronomer Giovanni Schiaparelli), and lifted off on a Proton rocket at the same time as the TGO satellite in March 2016. Unfortunately, the capsule crashed on Mars on the 19th October 2016 due to a critical malfunction in the guidance software.

From the network of 16 stations bristling with instruments that was originally planned, the American MESUR project was reduced to sending a technology demonstrator practically devoid of any science due to insufficient payload capacity. Similarly, the initial ambitions of the Aurora/ExoMARS programme have had to be significantly downsized.

The missions lucky enough to leave for Mars have behind them a legacy spanning decades but laced with much bitterness and shattered hopes. Initially planned for the short term, objectives have been shunted several decades into the future, nothing being able to be done about it.

When the InSight probe lifts off for Mars with its seismometer on board, it will finally realise the long-anticipated dream of geophysicists involved in the shelved MESUR and NetLander projects, the Mars 96 mission (that failed on launch) and ExoMARS (divested of its seismometer prior to flight, which ended in a crash landing). The road that leads to the Red Planet is tortuous, full of pitfalls and obstacles, so the first seismic data to be received from way up there will be all the more precious.