Low-cost exploration of the solar system 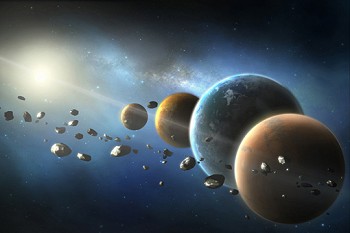 To explore the solar system with automated spacecraft, NASA was in the habit of designing complex probes bristling with numerous instruments to meet a wide variety of scientific objectives. During the development phase, scientists’ expectations sometimes led to new instruments being added, thus increasing the size and complexity of the spacecraft. This increase in complexity was matched by an increase in costs. Budget overruns could sometimes mushroom uncontrollably, while development deadlines were repeatedly postponed. The huge effort made could doubtless lead to major discoveries, but on the down side, the consequences of a loss were catastrophic. Unfortunately, and despite all the attention paid to risk management, losses did occasionally occur.

In 1992, the sudden loss of Mars Observer just before it was to orbit Mars led NASA to support an initiative designed to revolutionize the way space exploration was carried out. Coined FBC for “faster, better, cheaper”, this approach was intended to reduce costs and development times while obtaining better results. For the cost of a single large mission, the idea was to have several small missions to maximize scientific feedback while spreading out the risk.

The Discovery programme was directly derived from the FBC approach. It funds low-cost missions with a pre-set, fixed budget of up to 450 million dollars excluding launch costs. Each mission focuses on a specific scientific theme. The postponement of the InSight mission from 2016 to 2018, along with its consequences, is a very rare exception to this rule.

The mission has a short three-year development cycle. The Principal Investigator (PI) is responsible for selecting the instruments and ensuring that the mission complies with budgetary constraints. Missions under the Discovery programme have to meet three main criteria: expand our knowledge of the solar system, develop new technologies to push back the frontiers of space exploration, and attract young people and the general public into the space science and technology sector.

NASA initially planned to launch one Discovery mission every two years, but budgetary constraints obliged the agency to be more flexible in its schedule.

Mars Pathfinder paving the way for the Discovery programme 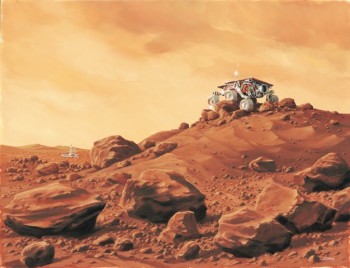 In 1996—almost 40 years after the Viking probes—the second mission of the Discovery programme, Mars Pathfinder, lifted off towards Mars.

Mainly of a technological nature, this mission was designed to test a low-cost method of placing instruments and a mini-rover on the Martian soil.

A huge success in terms of both its popularity (with the very first images of the landing site being relayed almost immediately over the Internet) and its technical prowess, this mission appeared to validate NASA’s choice of approach.
Unfortunately, two years later the successive loss of Mars Climate Orbiter and Mars Polar Lander under the Mars Surveyor programme raised important questions about NASA’s low-cost approach and led to a complete reorganization of the Mars exploration programme.

Following these incidents, several enquiry boards were formed. Their verdict was that by wishing to rush the spacecraft development cycle and reduce costs to a minimum, deficiencies had occurred in certain critical areas, particularly in documentation and testing, absolutely vital to a mission’s success. However, the FBC approach symbolized by the Discovery programme was still relevant enough to gather support.

InSight is the twelfth mission of the Discovery programme to be launched. It was shortlisted in May 2011 along with two other finalists—Titan Mare Explorer (TIME) and Comet Hopper—obtaining sufficient funds to kick off project phase A, preliminary design.

A selection board finally chose InSight in August 2012 as part of the Discovery programme. At the time, the mission was known as the Geophysical Monitoring Station, shortened to GEMS. However, the name was changed to avoid confusion with an X-ray observatory developed by NASA. Thus InSight was born.

While the fervour triggered by the Curiosity rover’s spectacular landing on Mars in August 2012 no doubt helped tip the balance in favour of InSight, it should be remembered that the mission’s science goals are particularly important, and that we currently know very little of the inner workings of the Red Planet because no seismic measurements have ever been taken in situ. Although geophysicists would like to have deployed a network of seismometers over the Martian surface, such a mission is clearly out of the question in the framework of a programme such as Discovery, which explains why InSight will only be operating a single seismic measurement unit.

A second factor that perhaps weighed in to tip the balance is that InSight’s two competitors, Time Mare Explorer and Comet Hopper, required the advanced Stirling radioisotope generator (ASRG) as a power source.

Time Mare Explorer was designed to splash down and float on a hydrocarbon sea on Titan, one of Saturn’s moons already visited by Europe’s Huygens probe in January 2005. The Comet Hopper mission was intended to land on the Wirtanen comet several times to take scientific measurements and study the comet’s interaction with the Sun. In both cases, solar arrays alone would not have provided enough power, making it vital to carry a radioisotope thermoelectric generator (RTG), a system that converts the heat released by the decay of radioactive material into electricity.

NASA had already kicked off the ASRG development programme to replace the RTG used at that time (known as the MRTG for “multi-mission radioisotope thermoelectric generator”), by a lighter, more efficient RTG able to generate more power with a smaller quantity of plutonium 238. The ASRG project was shelved for financial reasons when the InSight mission was selected.

The InSight probe needs only solar arrays to fulfil its power supply needs, unlike other Martian probes that required an RTG, such as Viking in 1976 and the huge Curiosity rover in 2012.