The first Martian probe to lift off from Vandenberg

Unusually, the InSight probe will lift off from the Vandenberg Air Force Base in California. This military base is not normally used as a starting point for spacecraft heading for Mars, which instead lift off from the Cape Canaveral Air Force Station in Florida. The sling effect is greater there as launches are eastward, in the same direction as the Earth’s rotation.

It is forbidden to launch eastwards from Vandenberg because of urban areas, whereas Cape Canaveral is located along the East Coast of the United States. Launchers therefore head out over the Atlantic Ocean, the sling effect increasing the initial velocity of departing spacecraft. The Atlas V launcher is so powerful, that InSight does not actually need the extra speed offered by the Earth’s rotation, explaining the decision to lift off from Vandenberg.

Vandenberg, built in 1941, has been a military base from the outset, serving among other things as the firing site for ballistic missiles housed in numerous silos. The area south of the launch pads is free of any obstructions, so it can also launch military or civil satellites into polar orbits around the Earth. Vandenberg was also fully equipped to launch the US Space Shuttle, though the dedicated infrastructures were never used in the end. 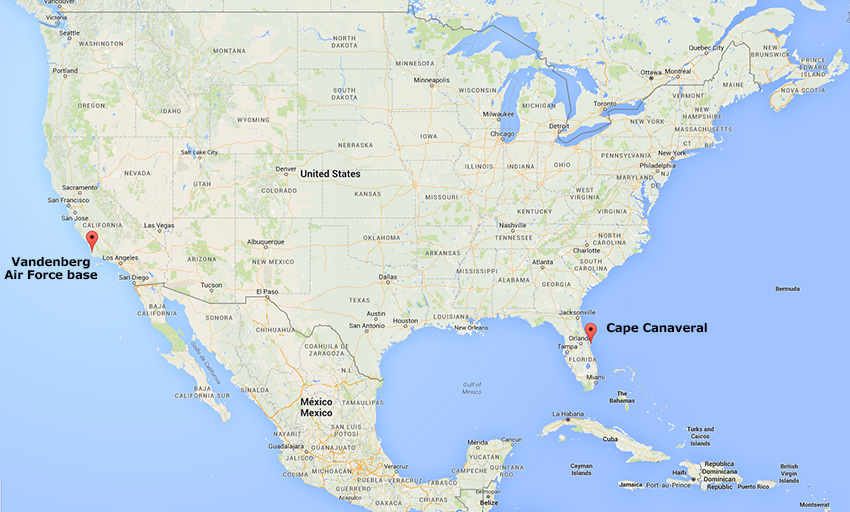